Clash of Clans characters face off in epic duels 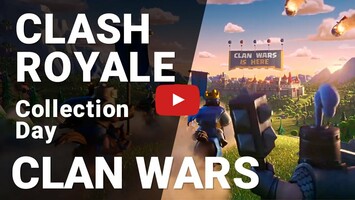 Advertisement
Clash Royale is an RTS where you fight against other online players in frantic duels. This time around, you'll find the full beloved cast of characters from Clash of Clans: Giants, Barbarian Kings, Wall Breakers, Archers, and many more facing off in a strategic arena.

Clash Royale’s gameplay is simple and straightforward. You start out the game with three towers: one in the middle and the other two on each side. Your aim is to use your troops to destroy your enemy’s central tower while defending your own towers. Each tournament lasts three minutes unless there’s a tie - in that case, you get some extra time.

In Clash Royale, tons of combat units await, but first, you have to unlock them. That means you'll need to collect enough cards. That said, adding on new cards to your deck requires earning the right to open up new chests, which you only gain by winning tournaments.

Each Clash Royale unit has specific features: life points, attack distances, deployment times, speed, etc. Improving these skills when you level up eventually allows you to design your troops strategically.

Clash Royale is a hectic and fun multiplayer game. Each duel lasts (at most) between one and four minutes so that you can play a quick match anytime, anywhere. Plus, its graphics are excellent, just like in the original Clash of Clans.
Reviewed by Andrés López
Advertisement

Please update :( I have a clan, normally they don't take long to update. N

What time is the new update? 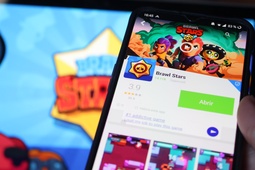 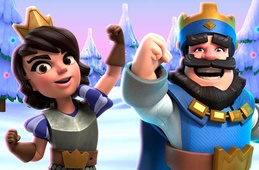 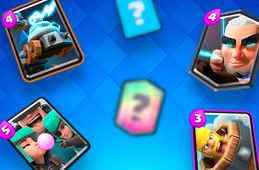 Real Racing 3
The most realistic simulation on an Android terminal
World of Tanks Blitz
The popular MMO tanks come to Android
Modern Combat 5
Android now has its own 'Modern Warfare'
Vainglory
The most powerful MOBA on Android
Critical Ops
Multiplayer combat in an amazing shooter
Worm.io
Eat the smaller worms to grow bigger and bigger
FIFA Soccer
The 2021 / 2022 soccer season is now on Android
The Elder Scrolls: Legends
The Elder Scrolls official card game for Android

Clash of Clans
Crush enemies and lead your clan to glory
Car Parking Multiplayer
Drive around an extensive map for a realistic parking experience
Mobile Legends
An excellent, but shameless, League of Legends clone
Clash Mini
Play with tiny Clash of Clans characters
Bus Simulator Indonesia
Drive a bus through Indonesia with this simulator
Scary Teacher 3D
Escape the terrifying teacher!
Vegas Crime Simulator
Try not to get caught breaking the law!
Plants vs. Zombies FREE
The original Plants Vs Zombies, free for the first time

Star Trek Fleet Command
Space strategy based on the new movie saga
Jungle Animal Hair Salon 2
My Mini Martk
Have a blast managing your own supermarket
Collect Cubes
Sit back and relax as you gather up all these cubes
Tag Team Karate Fighting Tiger
Show off your fighting skills and beat powerful opponent
Save The Fish!
Solve each puzzle and make sure the fish is safe and sound
Money Buster!
Have a blast playing minigames with fake money and more
Cube Block: Classic Puzzle
Organize the pieces into rows and columns